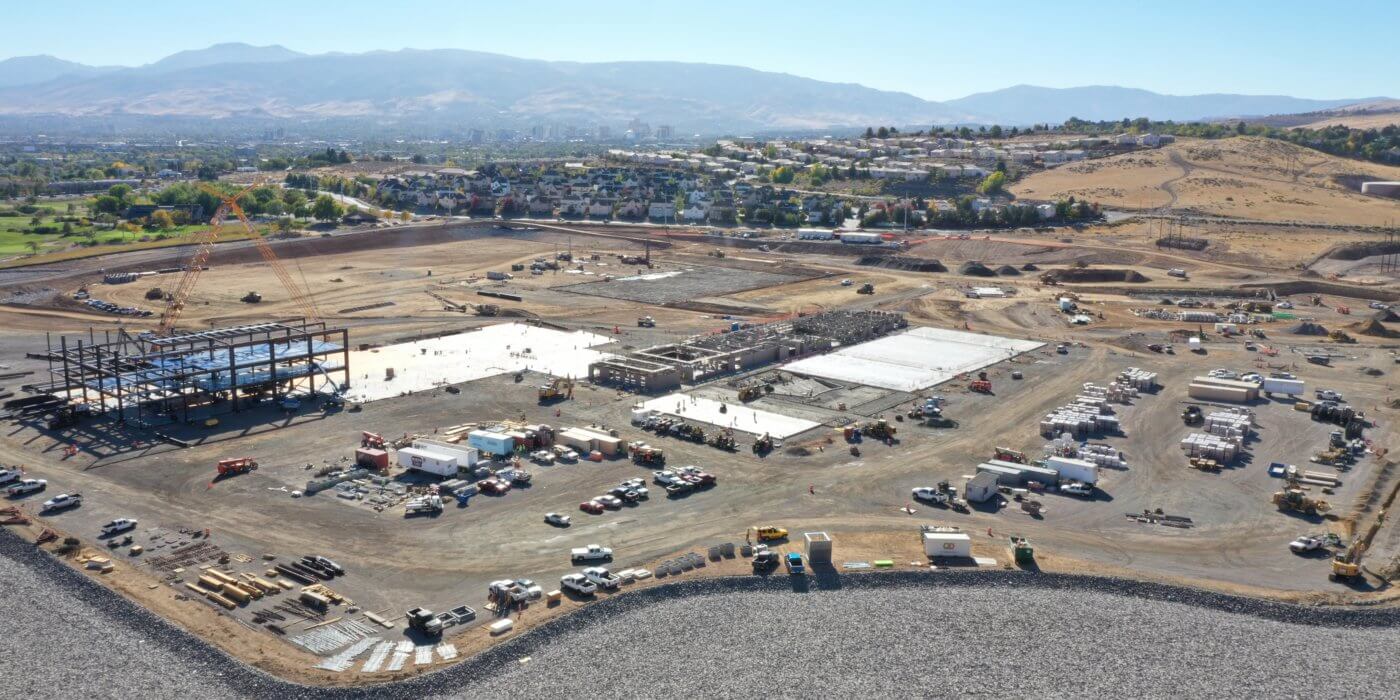 Construction is progressing on the new 295,000-square-foot Procter Hug High School in Sparks, Nev. Neal Flesner of VELO Group has been facilitating partnering on this project with the project team of Clark/Sullivan Construction, H+K Architects and the Washoe County School District since the project’s conceptual design phase in 2017.

Built to replace the aging Procter Hug High School and relieve overcrowding at another nearby school, the three-level facility will be the first new high school in the district in nearly two decades. Once it opens in 2022, the high school will provide modern education space for up to 2,200 students, making it a model for future high schools in the district. The school will house 40 general learning rooms; 11 science labs; 15 shared group rooms; 17 specialized labs for art, media and career tech; a student commons; performing arts center; music suites, two gymnasiums and a JROTC room.

A notable aspect of this project is its building team, some of which have come full circle. Bob Foster, Senior Superintendent at Clark/ Sullivan Construction is one of these individuals. A 1984 Hug High School graduate, Foster became interested in construction after taking a building’s trade class there as part of the high school’s Career and Technical Education (CTE) program. Realizing the benefits of this program for its students, the new high school will have space dedicated to CTE classes.

Foster said that although he has built many other notable projects, this one is his pride and joy, especially the area that houses the CTE classroom space on the first floor. “That is something that I am proud of because I went through a CTE class, one of the first the school district ever had, … and it led up to where I am today.”

Watch this video to learn about this project as well as other Hug High project team members and their journey in the construction industry: