“It’s a proud day for every member of the Naval Submarine Base New London team as we’re committed to positively impacting SUBASE’s fleet, fighters, and families through the best infrastructure and service support we can deliver,” said Cmdr. Reg Preston, executive officer of the submarine base during the ribbon cutting ceremony.

Built by Weeks Marine, Inc. of Cranford, N.J. and designed by a joint venture of Moffatt & Nichol and Stantec, Pier 32 replaces the original pier built in 1978. The new 68-foot by 525-foot marine structure was built to accommodate two new classes of submarines at once. The old pier could only accommodate one.

Additionally, the new pier has space for cranes and trucks in support of each boat on both sides of the pier. As part of the project, approximately 25,000 yards of material were dredged, and the navigation channel was widened.

Constructed from resilient materials that will wear better, last longer and require less maintenance than the original, the new pier also has raised electrical infrastructure to help protect against damage from flooding.

“The completion of the project marks a key step in a waterfront modernization that ultimately assures SUBASE will be ready to provide for the next generation of Virginia-class fast attack submarines,” said Captain Ken Curtin, the 53rd Commanding Officer of the subbase.

“As a highly effective partnering group, the Pier 32 team pivoted to virtual partnering for the project,” said Sien. “Using the time to make commitments, holding each other accountable and highlighting strong communication and collaboration within the team, it was evident they were working from a “Project First” mindset that brought them great success.”

To the team’s credit, dredging for the project was completed and the first submarine docked approximately seven weeks prior to contract completion. The second submarine is scheduled to dock about four weeks prior to contract completion. Slated to finish under budget, the project’s high standards for quality and teamwork effectively paved the way for future projects to follow.

Congratulations to this high-performing team for your commitment to partnering and your many achievements on this crucial Naval project! 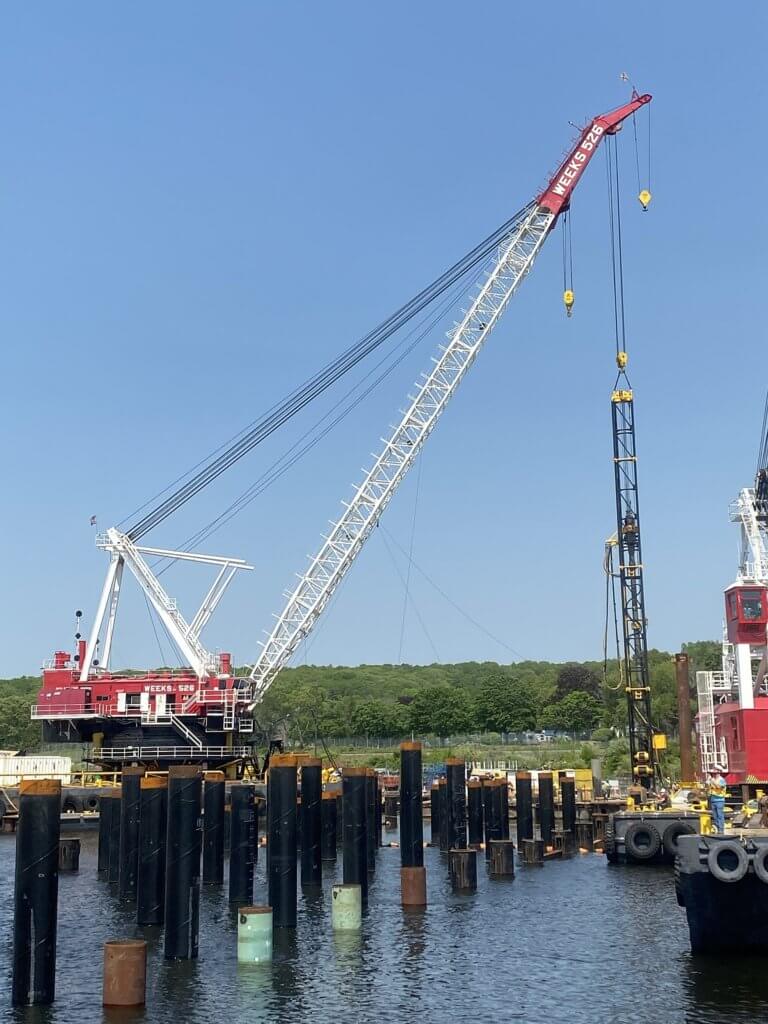